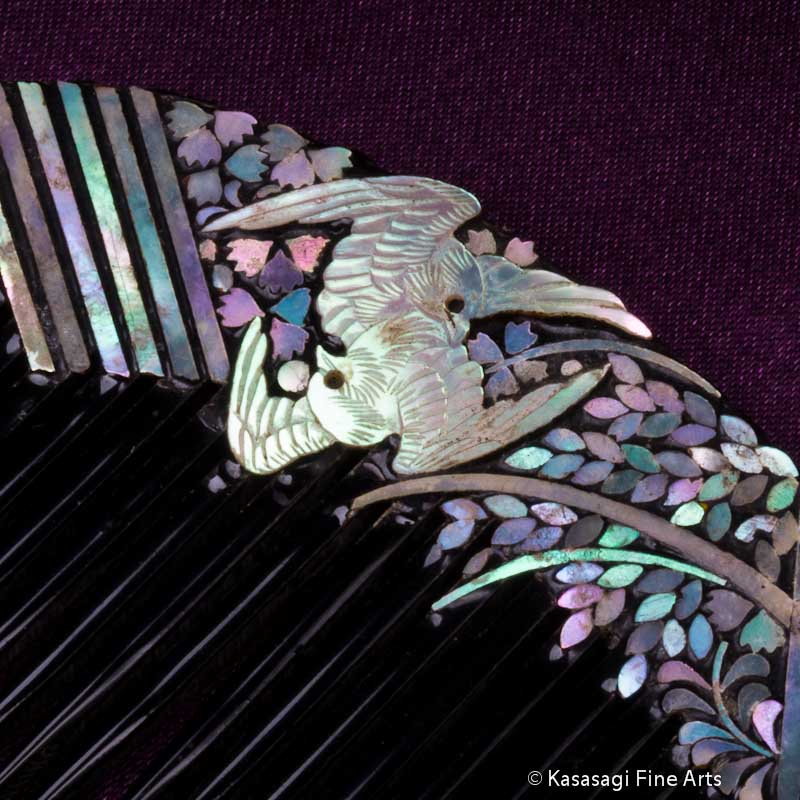 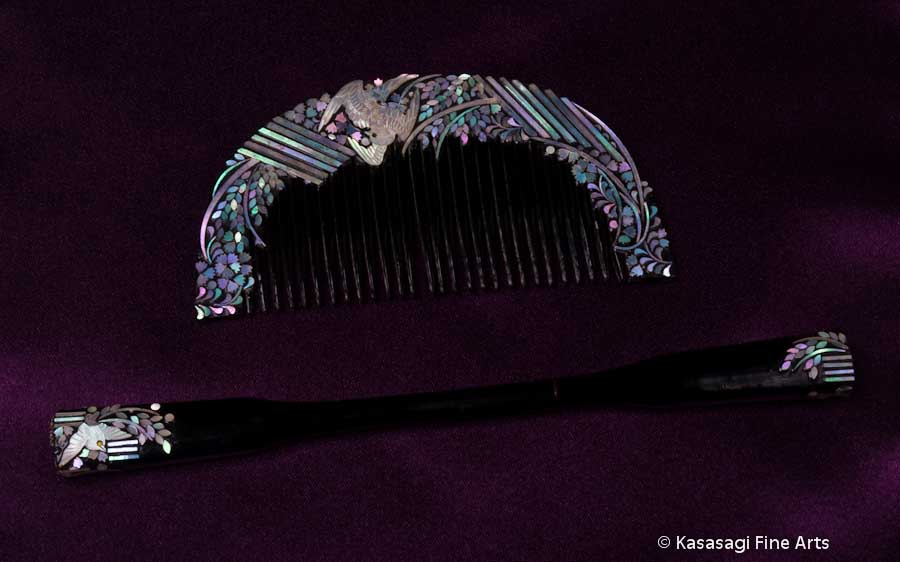 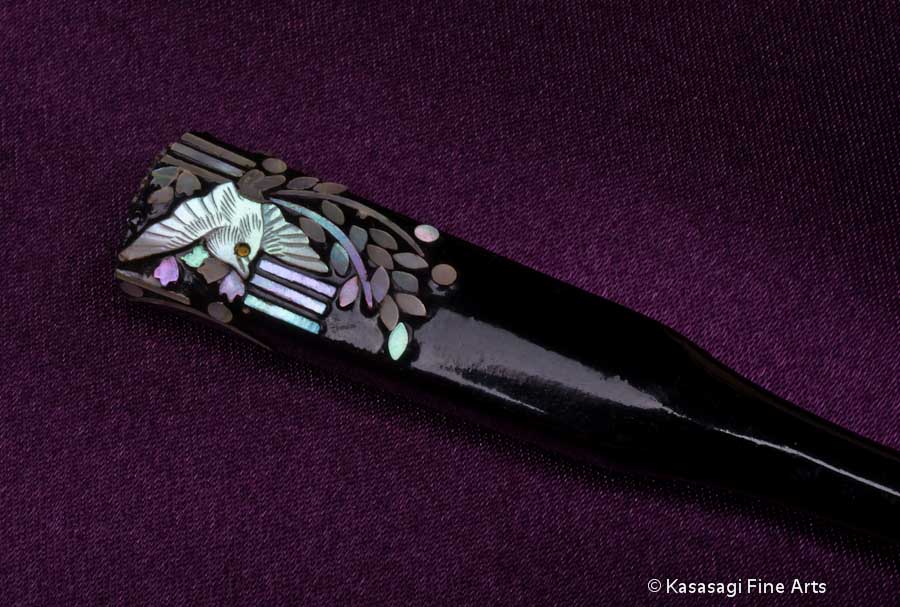 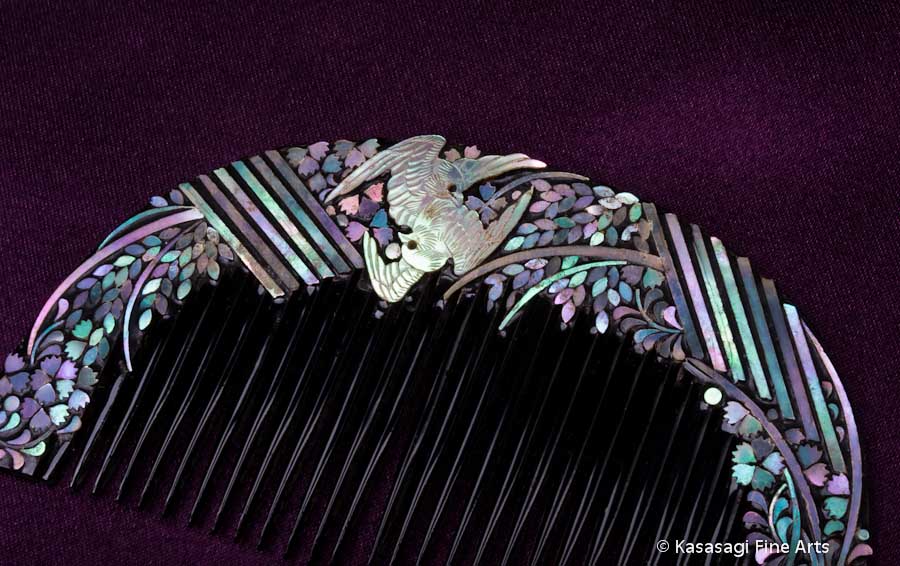 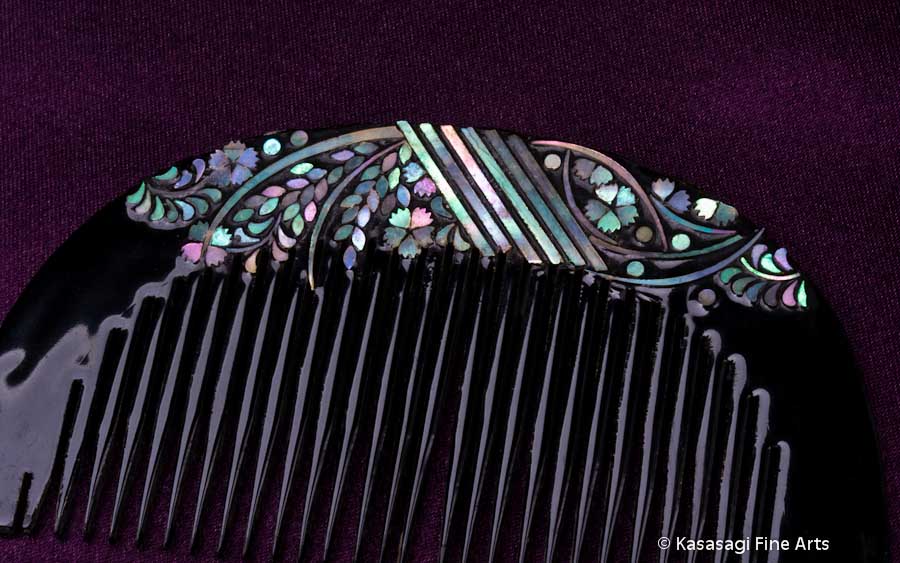 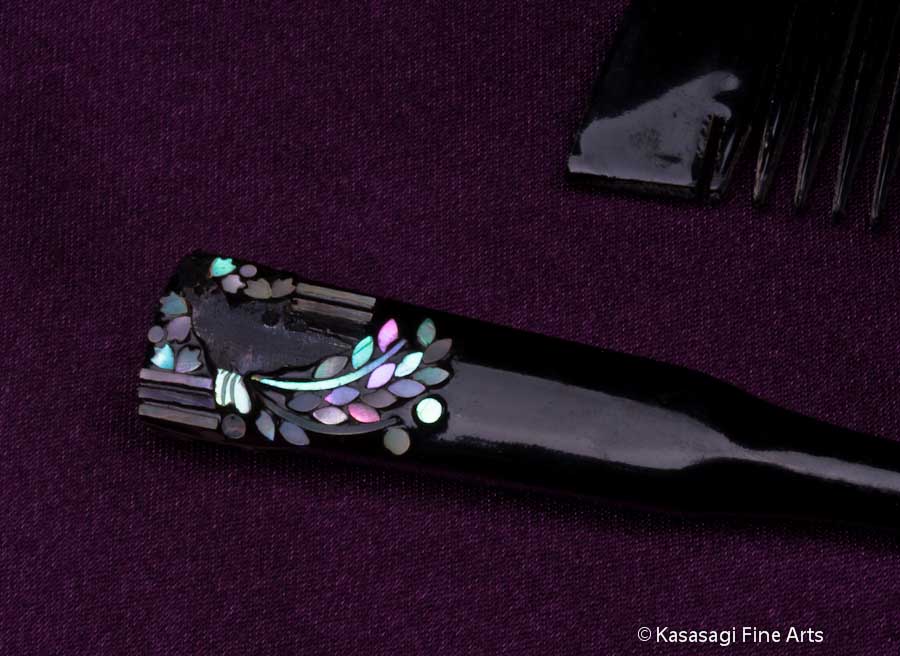 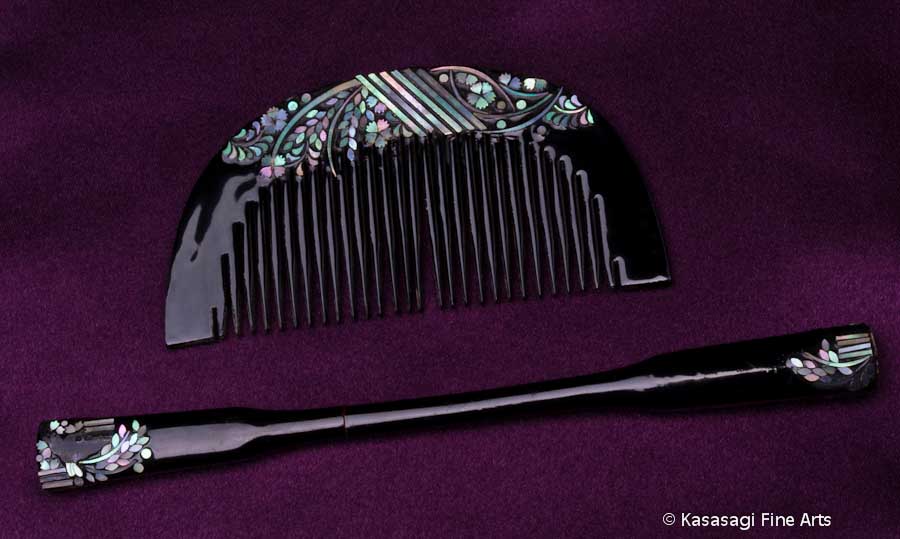 An early 20th Century Japanese Kanzashi Set.  A matching Kushi (Comb) and Kogai (Hairpin) of black Urushi lacquer on wood.  Typically cedar, cherry or kiri were used to hand craft Kanzashi.  Beautifully decorated in mother of pearl with a pair of birds surrounded by flowers.
In very good condition for an item of its age.  Missing some mother of pearl inlay on verso of Kogai (please see images).

Kogai – A two piece sheath style hairpin featuring a design on each end.  Kogai means sword and refers to the shape of two pieces (a sword and its sheath). They are often sold as a set with an accompanying kushi comb.

Kushi are usually rounded or rectangular combs made of tortoiseshell or lacquered wood.  Urushi lacquer work using the maki-e process was commonplace during the EDO period.  Some are inlaid with mother of pearl or gilding.
The Kushi is placed into a mage (bun-style hairdo).  The spine of the comb is often wide in order to allow maximum space for a design. 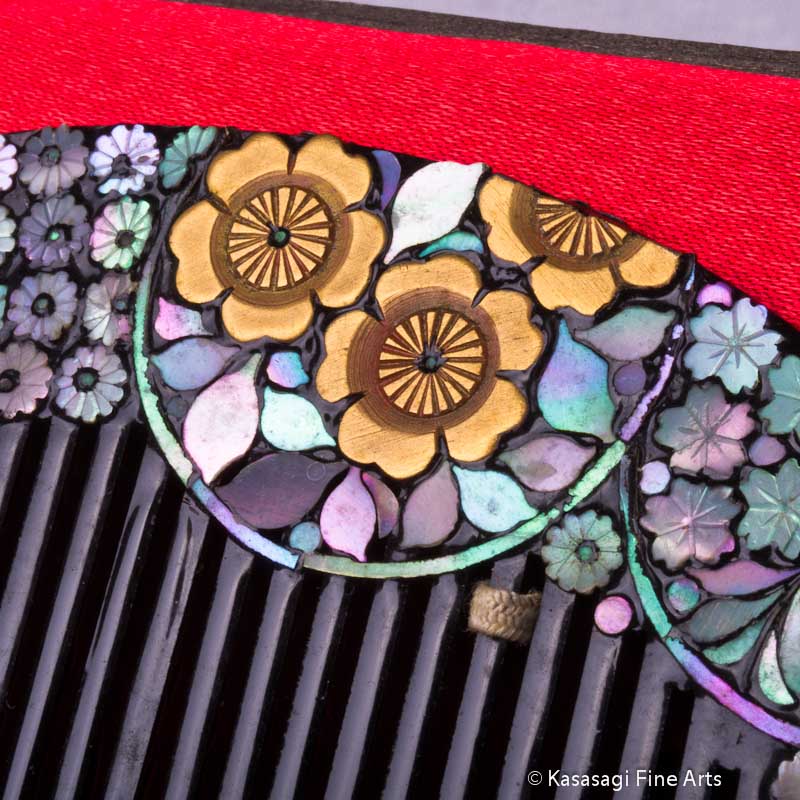 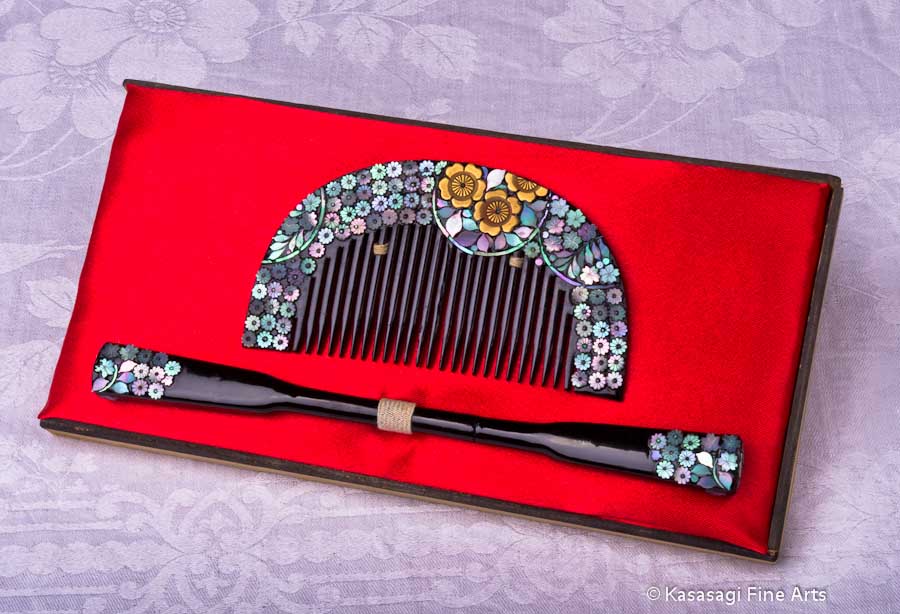 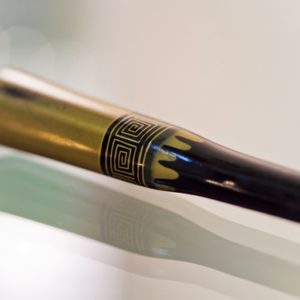 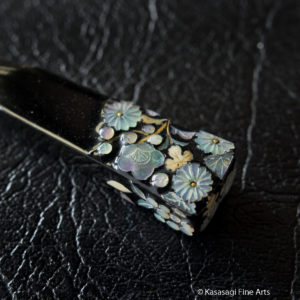