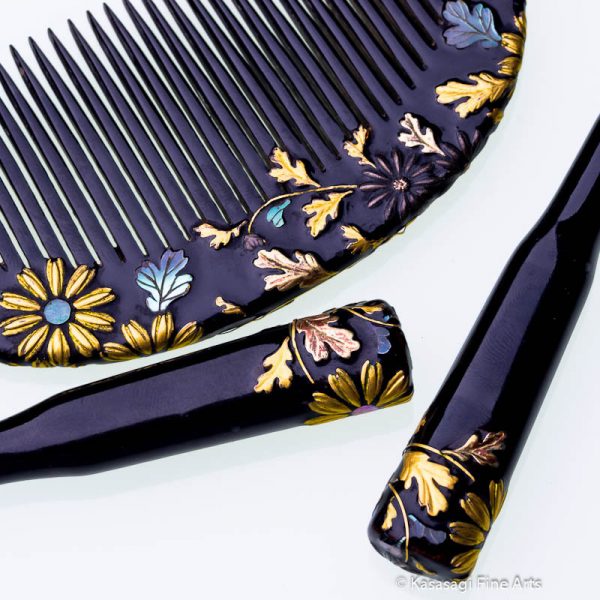 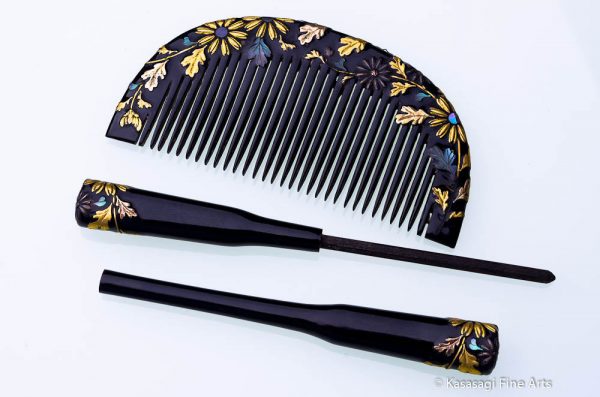 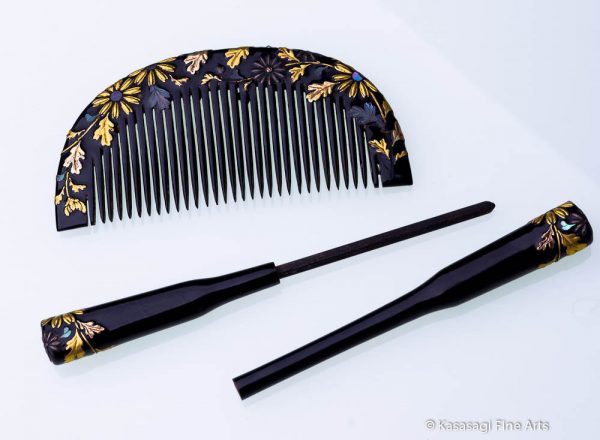 A beautifully hand crafted Kanzashi Set.  A black lacquer comb and hairpin detailed with gold and mother of pearl flowers and leaves.

A mid 20th Century Japanese Kanzashi Lacquer Gold And Mother of Pearl Set.  Consisting of a Kushi (Comb) and matching Kogai (Hairpin) and hand crafted from cedar or cherry wood with layers of Urushi lacquer.  Beautifully detailed with black Urushi lacquer and gold and mother of pearl blossoms and leaves.
In very good condition for an item of its age (please see images).
Shipping is via Australia Post and includes tracking.

Kanzashi were widely in use during the Edo period in traditional Japanese hairstyles which were larger and more complicated.  Artisans began to produce more finely crafted products and craftmanship reached a high point in the 1880s.

Kogai – A two piece sheath style hairpin featuring a design on each end.  Kogai means sword and refers to the sword and its sheath.

Kushi – A comb hand carved from either Tortoiseshell or wood and finished with many layers of Urushi lacquer.  The use of Urushi lacquer became popular during the EDO period.  Kanzashi were also inlaid with mother of pearl and other precious items.
The Kushi is used to decorate the bun-style hairdo known as the mage.  The spine of the comb is often wide in order to allow maximum space for a design. 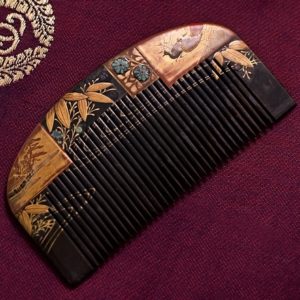 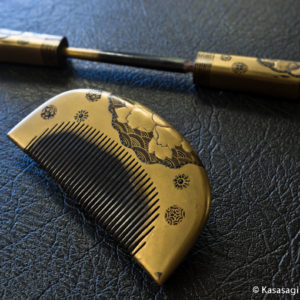 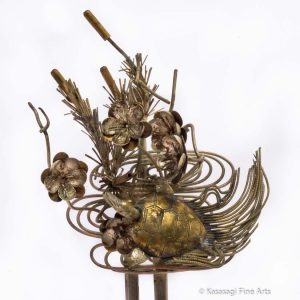 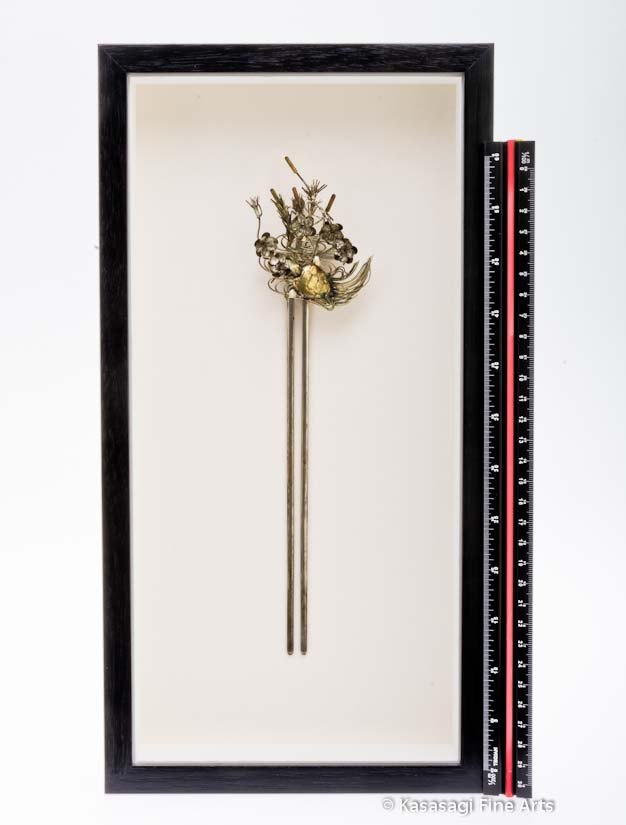 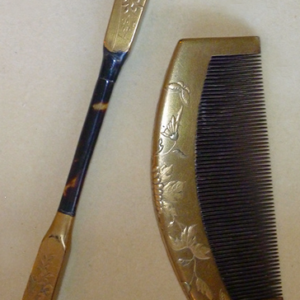